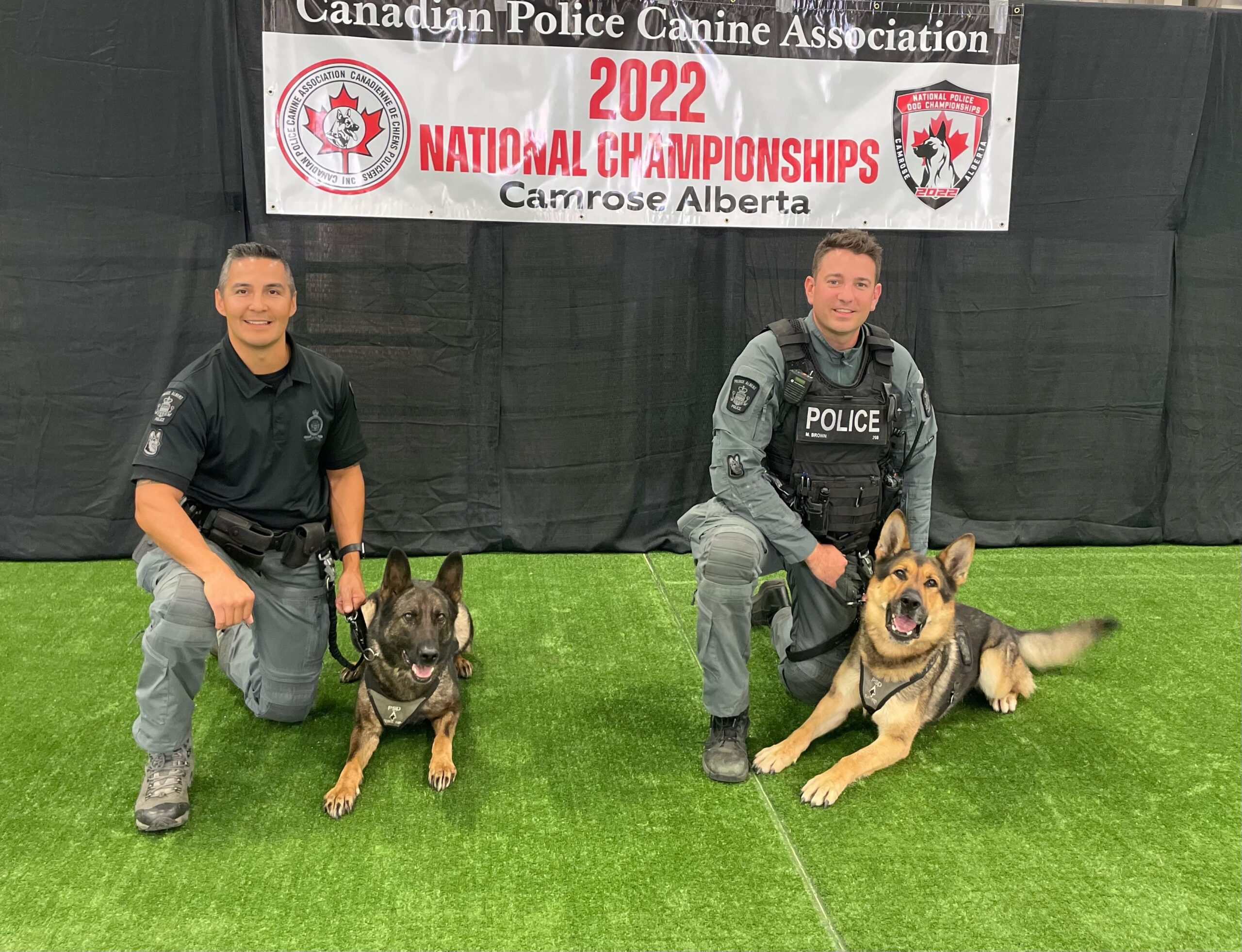 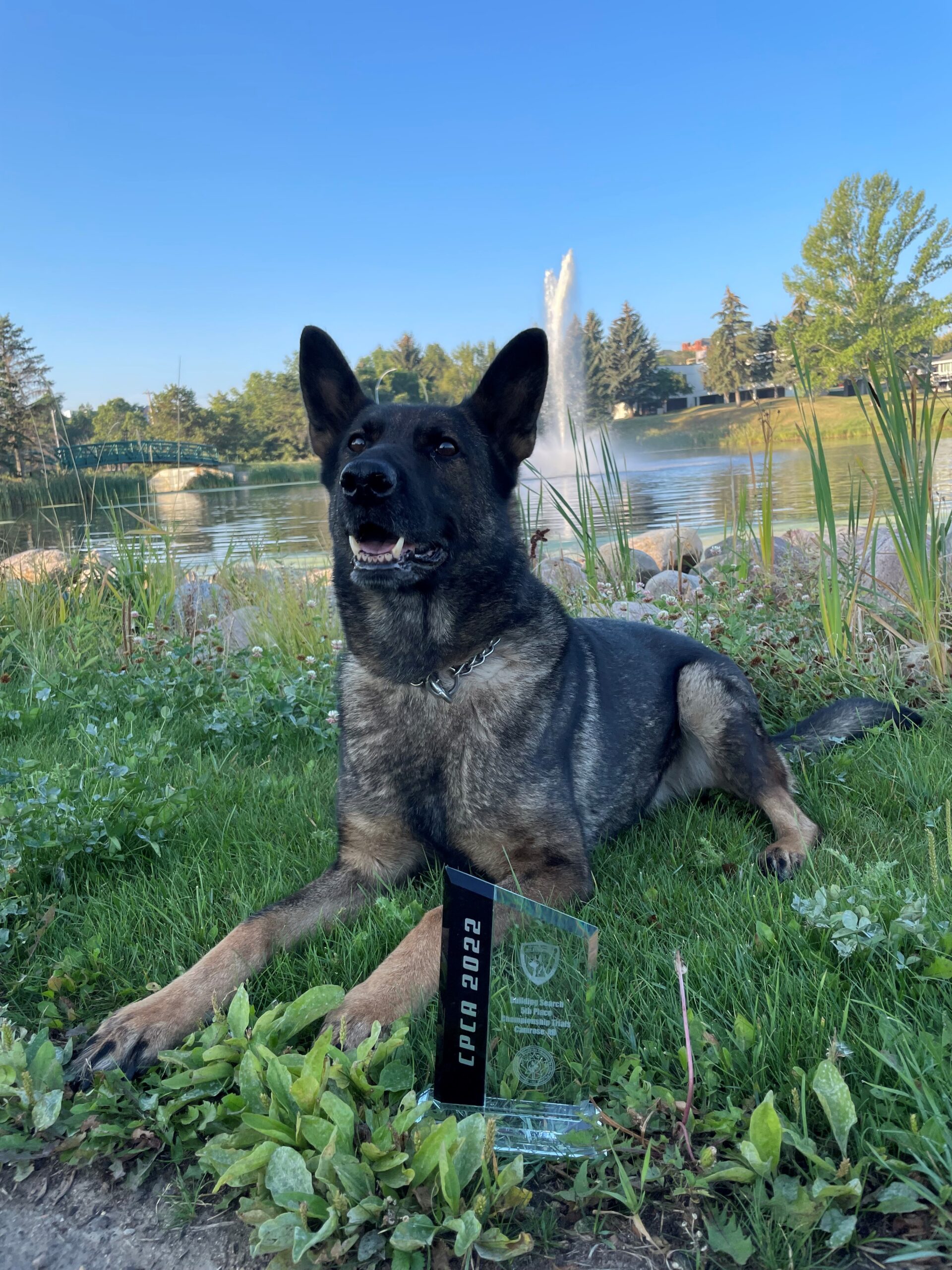 Sgt. Bighetty and PSD Febee finished the event in 5th place in the Building Search category, which tests police teams on their skills at searching and locating. Sgt. Bighetty said the event is a chance to compete against some of the best canine teams in the country, and learn new skills.

“We enjoy participating and being part of the friendly competition,” Sgt. Bighetty said. “The Canine Trials are a chance for us to expose our dogs to new environments, learn new techniques, and network with other agencies. The event was truly a rewarding and great experience for our team.”

Sgt. Bighetty has been partnered with PSD Febee for the past four years, and has worked with the PAPS Canine Unit since 2013. PSD Febee, a German Shepherd from Alberta, will turn nine years old on September 22.

PSD Kal is a five-year-old German Shepherd from Slovakia and has been paired with Cst. Brown since 2020. The event in Camrose was the first time the team has attended the Canadian Police Canine Association National Trials.

The Prince Albert Police Service has three Canine Teams serving our community, including Cst. Garth Mostowich, and PSD Ares. PSD Ares is three years old and is a German Shepherd from Slovakia.

Other skill-testing events at the national trials included tracking, drug and explosives detection, and obedience.