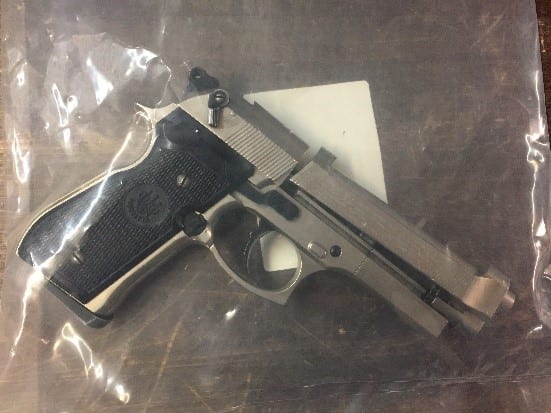 A male and female are in custody after police received a complaint involving bear spray last night.

On October 31, 2017 at 12:30 a.m., patrol members responded to a business in the 600 Block of Marquis Road for a complaint of a group of males fighting and bear spray was observed. While on route police were advised the group of suspects involved left in a red car.

Officers immediately located the suspect car in the 3500 Block of 2nd Avenue West and initiated a traffic stop. The driver of the red car was arrested and found to be in possession of bear spray. A female passenger was also arrested. Upon further investigation and a search of the vehicle, police located 13.9 Grams of Methamphetamine and an airsoft pistol.

A 29-year-old female from Saskatoon is charged with Possession of Methamphetamine (Info # 991030254).

Both accused will make their first appearance in Prince Albert Provincial Court today.