On March 28, 2018 at 9:00 p.m. Prince Albert Police Service received a call of a suspicious person in the area of the 400 Block of 20th Street East. Patrol Units attended to the area and were unable to locate anyone. While checking the area, officers observed fresh foot prints in the snow that lead to a parked vehicle. Upon further investigation officers located a duffle bag under the vehicle which contained a sawed off shot gun.

Police can confirm that the shot gun has not been reported stolen.

If you have information that can assist police identify a suspect in connection with this incident contact Prince Albert Police Service at 306-953-4222 or Crime Stoppers at 1-800-222-8477. 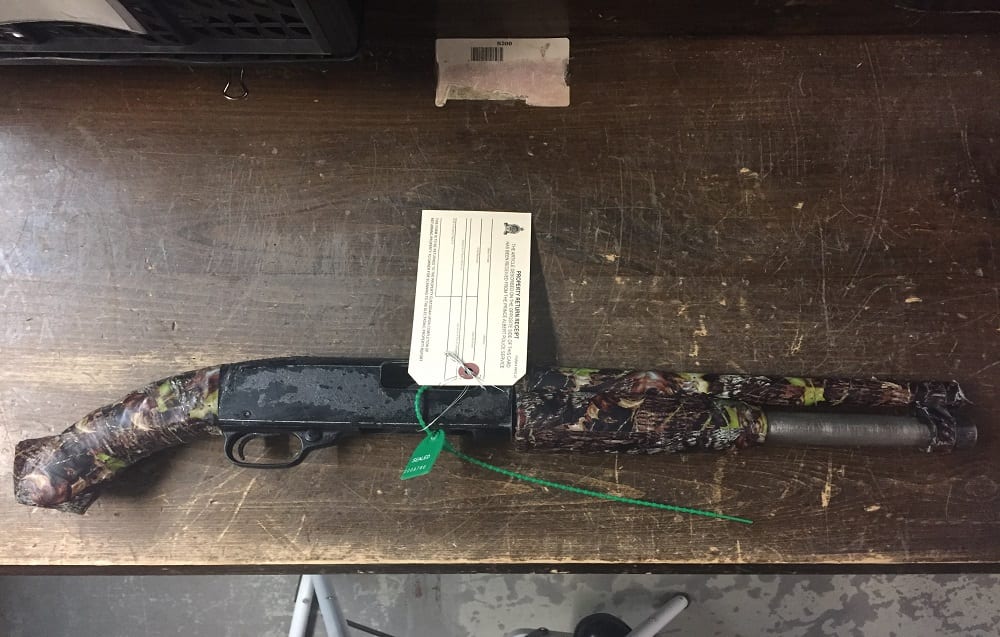