Members of the Prince Albert Police Service were busy over the Family Day long weekend responding to 321 calls for service. The majority of calls involved were for evictions and intoxicated persons. Police made 68 arrests.

Police conducting a traffic stop in the 300 Block of Ninth Street East just before 1 a.m. Monday morning located two loaded shotguns, a pellet gun and ammunition, a knife, bear spray and body armour inside a vehicle. A 19-year-old male and a 32-year-old male are facing numerous weapons-related charges. [Information 991121579, 991121578]

Police continue to investigate a report of damage at a home in the 400 Block of Eighth Street East. A resident reported damage to a front window from a bullet of unknown calibre early Saturday morning.

Members were dispatched to the 1100 Block of 18th Street West early Saturday morning for a weapons complaint. Upon arrival, police located a vehicle and multiple people in a back alley around 5:43 a.m. Through further investigation, police located two rifles, a knife, and ammunition.

Police are investigating a report of gunshots in the 2000 Block of 15th Avenue East just before 7 a.m. Friday. A resident reported his vehicle had been damaged. Police continue to investigate. 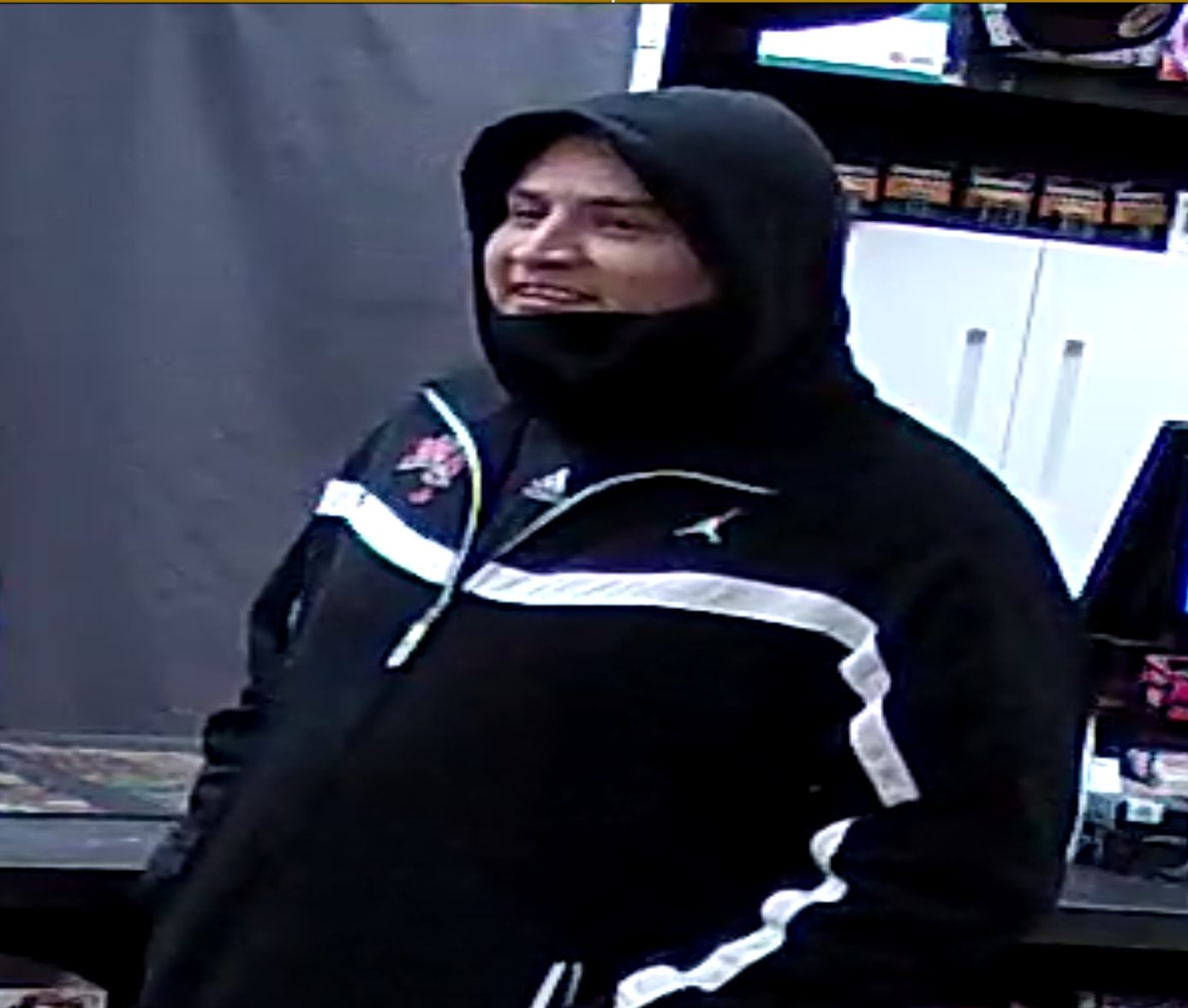 Police are asking for the public’s help in identifying a suspect in a recent theft of fuel from a local business. The incident happened just before 11 p.m. Monday night. A photo of the suspect is attached.