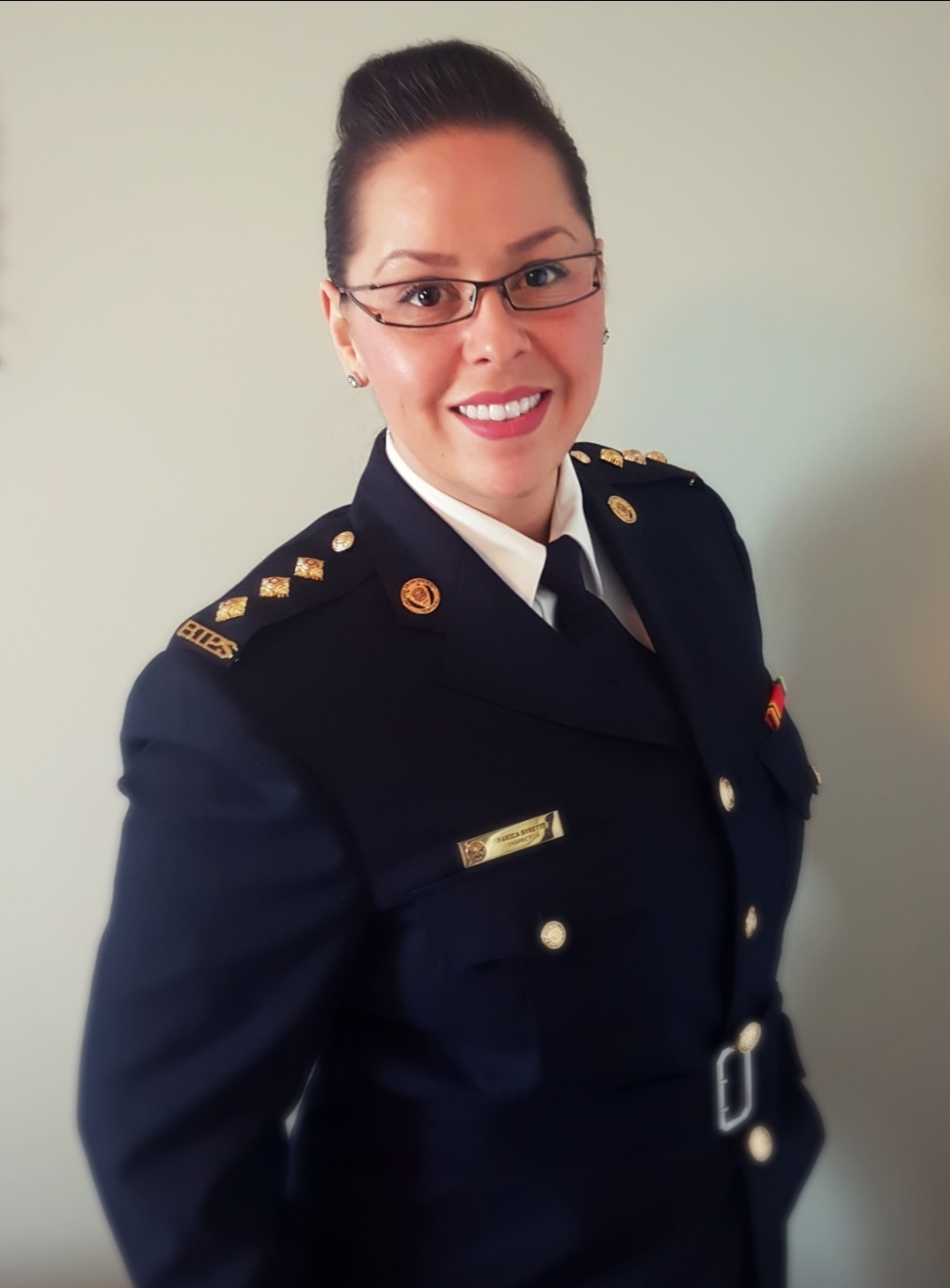 “Deputy Chief Prince brings 20 years of experience to her new role and demonstrates leadership and a strong commitment to community engagement, public safety, and proactive policing initiatives,” said Prince Albert Police Chief Jonathan Bergen. “She has experience in a number of key service areas and continues to approach her work in policing with compassion and respect with the goal of engaging and supporting the wider community on issues affecting public safety.”

Sheryl Kimbley, Chair of the Prince Albert Board of Police Commissioners and a member of the local search committee welcomed the appointment of Farica Prince to the police service.

“Ms. Prince stood out as a very educated, well spoken candidate and I look forward to the fresh perspective she will bring to our community. I am feeling very positive as we move forward.”

Deputy Chief Prince began her career in policing in October 2001 with the Dakota Ojibway Police Service, where she was posted to her home community of Sioux Valley Dakota Nation in southern Manitoba after graduating from RCMP Depot Division. In 2005, Deputy Chief Prince moved to the Blood Tribe Police Service in southern Alberta, where she served as a front-line officer until 2008. She was then seconded to the training academy at RCMP Depot in Regina and served both in the Applied Science and the Firearms Training Unit.

Deputy Chief Prince returned to the Blood Tribe Police Service in 2011 and was promoted to the rank of Sergeant in 2012. In 2013, she was promoted to Acting Staff Sergeant and to Inspector in 2018, when she was also recognized as a Commissioned officer by the Lieutenant Governor of Alberta. In 2019, Farica Prince received her Bachelor of Policing degree from Charles Sturt University.

Darcy Sander, who also participated on the executive search committee and sits as a member with the Board of Police Commissioners, said Deputy Chief Prince brings important skills and knowledge to the role.

"Ms. Prince demonstrated that she approaches challenges in a thoughtful and creative manner. She will be an excellent addition to the outstanding members of the Prince Albert Police Service."

Throughout her career, Deputy Chief Prince has been responsible for many areas of policing, including operations, training, communications, detention, human resource management, professional standards, policy, and procurement. She continues to be actively involved with the Canadian Association of Chiefs of Police as part of their Equity, Diversity, and Inclusion Committee, and recently spoke on the topic of systemic racism as part of a national online conference.

She has also been a strong supporter of the Alberta Association of Chiefs of Police and both Alberta Women in Public Safety and the new Saskatchewan Women in Policing organization. She has received numerous awards for her work, including an Alberta emergency service medal, and been recognized for meritorious service, distinguished service, and long service.

Deputy Chief Prince said she is eager to get to know the local community in Prince Albert and looks forward to working with agency and community partners on public safety priorities.

“The Prince Albert Police Service is a reputable organization, highly regarded, and I am humbled to have been chosen to be a part of the team,” she said. “I’m grateful to have had the opportunity to affect change in policing at different levels. It’s allowed me to contribute to discussions and decisions that impact the most marginalized of people in our society.”

A series of online meetings have been planned throughout October with community and agency partners to allow Deputy Chief Prince to meet and get to know those in the local community.

The Prince Albert Police Service is one of the longest serving police agencies in the province and is celebrating 135 years of service to the local community in 2021. The police service includes 105 sworn police members and 51 civilian staff.