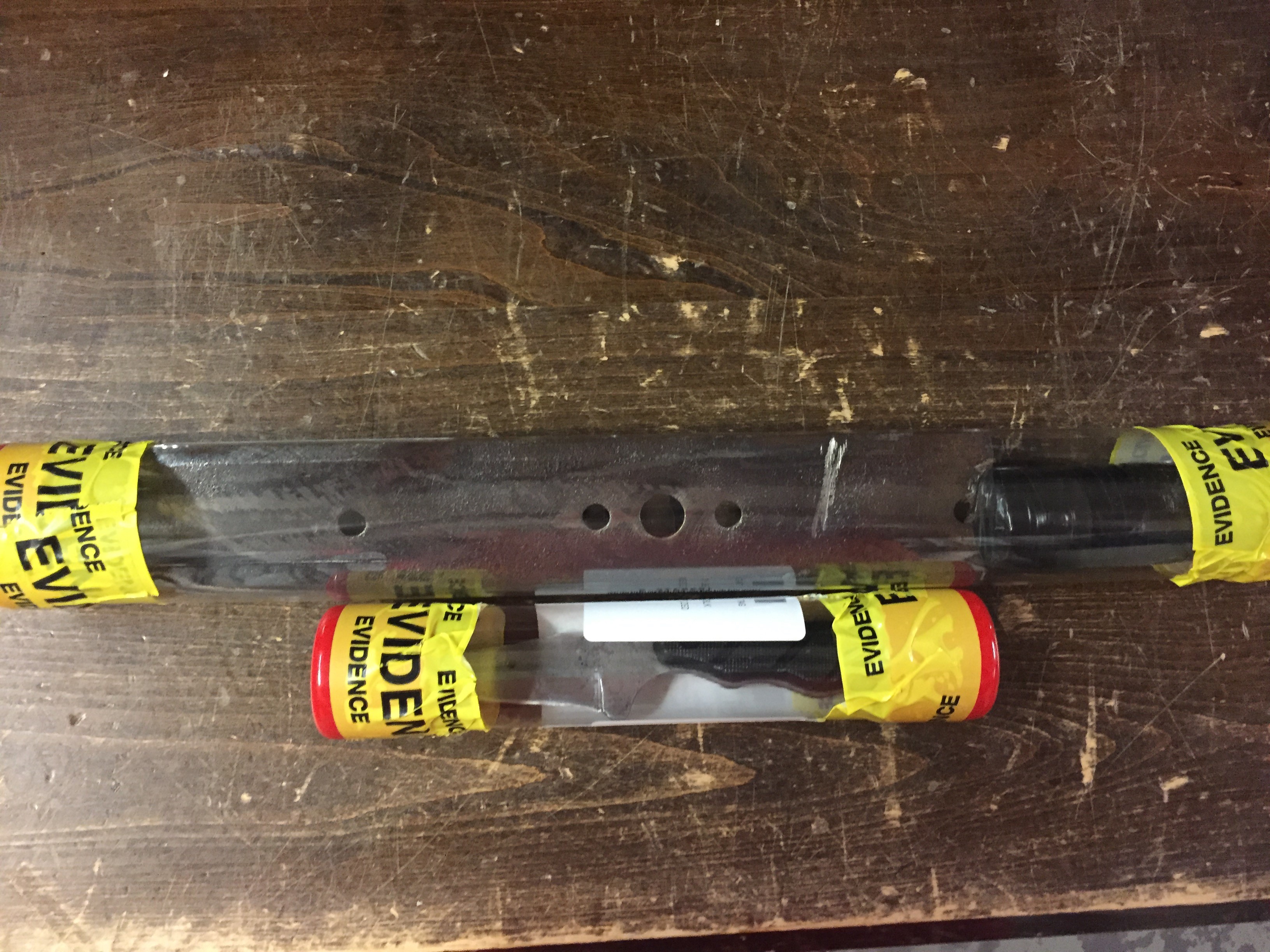 A 14-year-old youth and a 21-year-old man are facing weapons-related charges after police responded to a call about suspicious activity in the area of 20th Street and Fourth Avenue East late Tuesday. Police were dispatched to the area just after 11 p.m. and located a knife, home-made machete and ammunition.

File 2019-26447 – Fraud
Some good investigative work by members of the Prince Albert Police Service led to the recovery of a resident’s stolen identification and credit cards soon after they were taken Tuesday. The complainant reported the theft just after 7 p.m. Tuesday and advised that her credit card had already been used to purchase items at two local businesses. Officers reviewed surveillance footage to get a description of a suspect, locating him around 8:40 p.m. in the 200 Block of 14th Street West.

Police located a number of other items, including two grams of methamphetamine on the man’s person. The 34-year-old man is charged with theft, fraud and possession of a controlled substance in relation to this incident. Police returned the complainant’s personal identification.