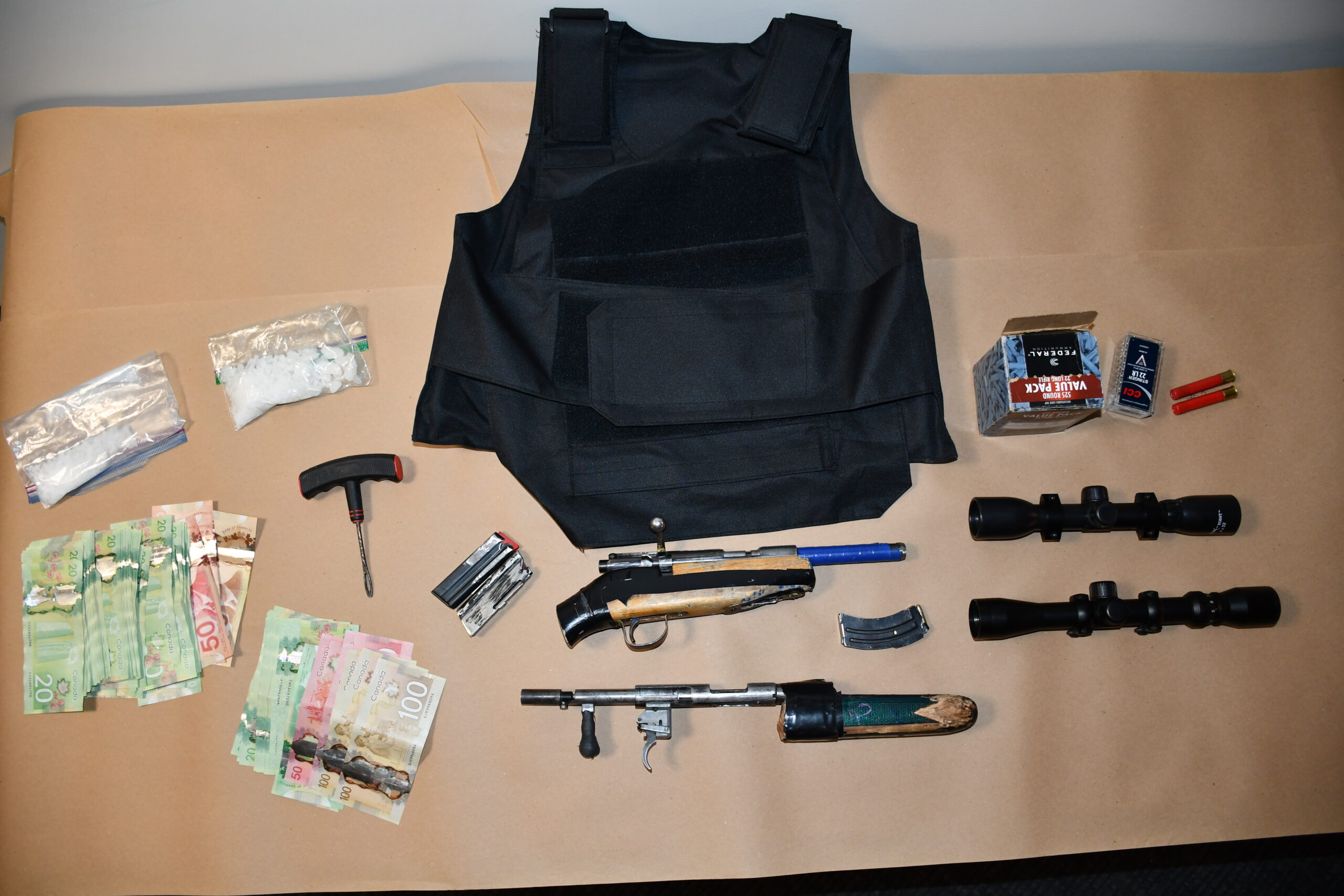 On Thursday, February 18, 2021, police conducted a vehicle stop in the 1600 Block of 15th Street West at approximately 6:30 p.m. Two men, age 29 and 49, and a female age 27, were arrested at the scene for Possession of Methamphetamine for the Purpose of Trafficking. As a result of the vehicle stop, Police located over 93 grams of methamphetamine, cocaine, more than $1,900 in cash and drug paraphernalia consistent with trafficking.

All three suspects are facing numerous charges relating to breach of court-ordered conditions, drug possession and possession of property obtained by crime.

The 29-year-old suspect is also facing numerous weapons-related charges in relation to this file. [Information 991154066]