The Prince Albert Police Tactical Unit executed the search warrant at 1:37 p.m. on Tuesday, January 9, 2018 at a residence in Prince Albert on the 1200 Block 15 Street West.

Nine persons were arrested by officers located at the residence.

ISET members then conducted a search of the house and located:

After a thorough investigation, three people are now charged. A 27-year-old female, 21-year-old female and a 23-year-old male from Prince Albert have been charged with multiple firearms charges as well as possession of property obtained by crime. (Information #991037182).

All three made their first court appearance in Prince Albert Provincial Court on January 10, 2018.

The Integrated Street Enforcement Team is made up of members of the Royal Canadian Mounted Police and the Prince Albert Police Service. 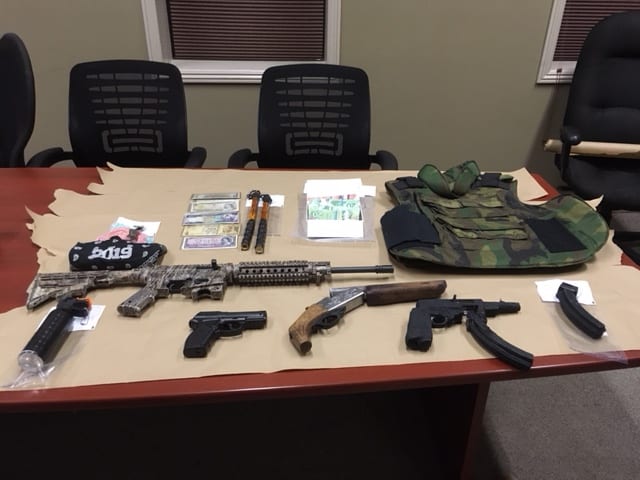