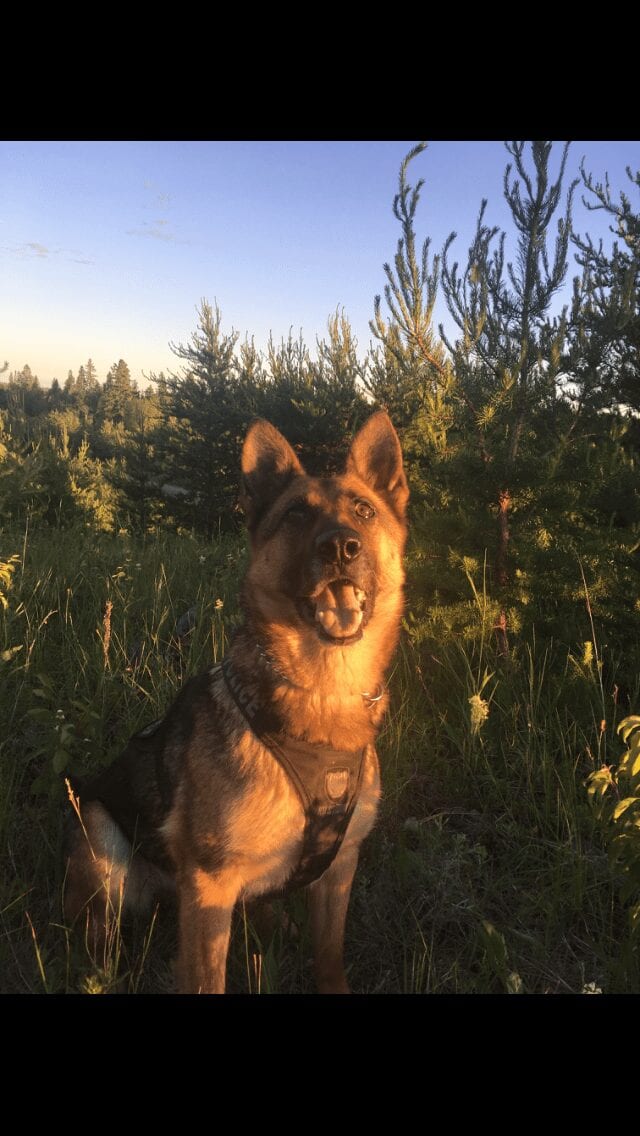 A 24-year-old male is in custody after fleeing from police in a stolen car.

At approx. 9:30 a.m., November 13, 2017 police responded to a complaint of a stolen vehicle in the unit block of 26 Street East. The owner of the car advised police they left the car running un-attended, when person’s unknown took the car.

At approx. 10:30 a.m., November 13, 2017 patrol members observed the stolen car being operated by a lone male at 6th Avenue East and 15th Street East, travelling South bound. Officers attempted to pull the stolen vehicle over in the 500 Block of 22nd Street East. The suspect ignored police and refused to stop. Police continued to follow for a short distance before discontinuing due to public safety concerns.

Officers attended to the area of where the stolen auto was last observed and located the vehicle abandoned in the 700 Block of 21 Street East. Patrol members set up containment in the area while the K9 unit, Cst Bighetty and Daxa attended. Police Service Dog Daxa, tracked the suspect from the abandoned stolen vehicle to the 500 Block of 28 Street East where the suspect was located hiding. The suspect gave himself up to police without further incident.

The suspect made their first appearance in Prince Albert Provincial Court today.