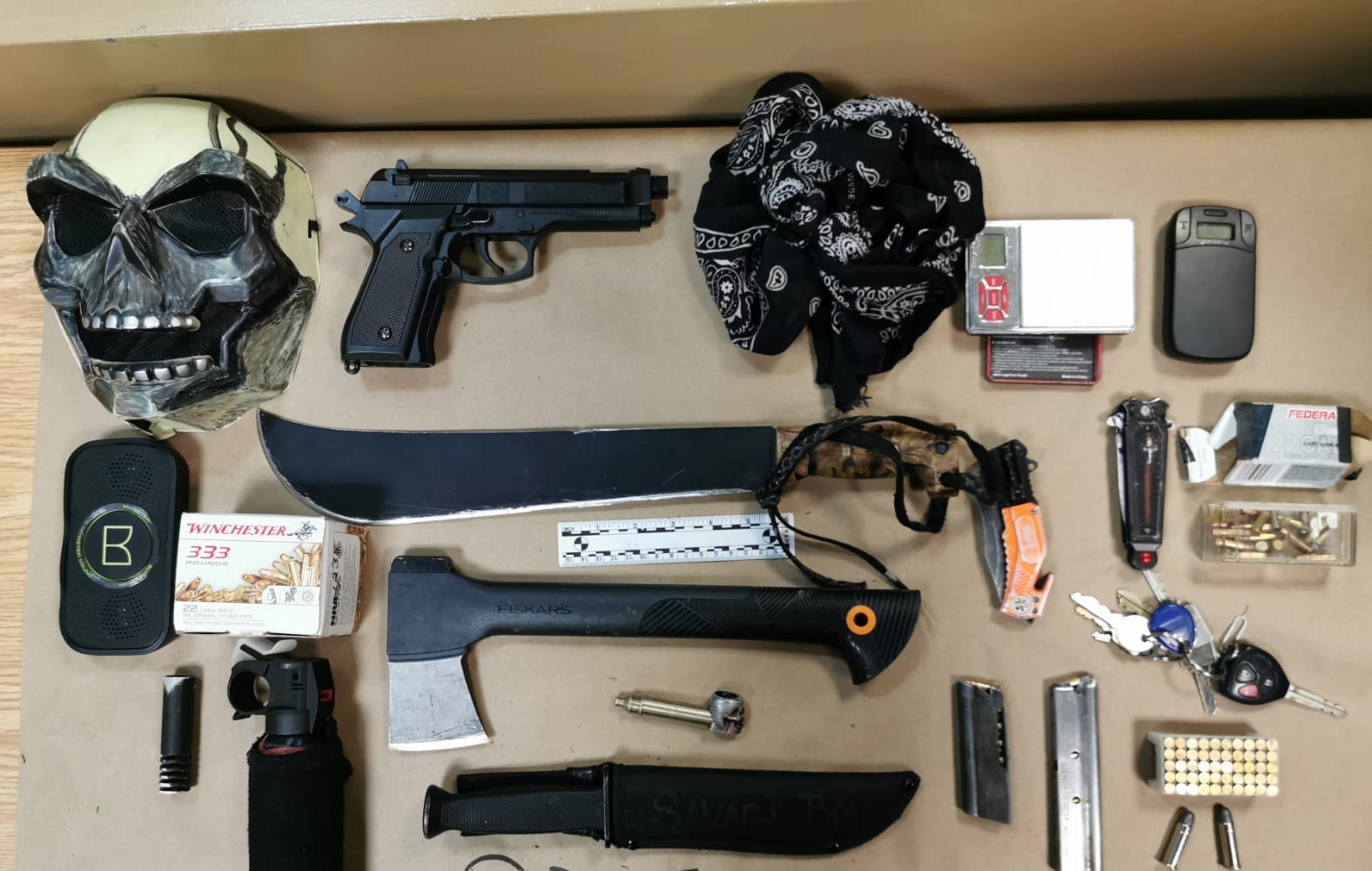 Four people are in custody and an arrest warrant has been issued for a fifth person following an incident in the 1100 Block of 18th Street West Tuesday evening.

Just after 7:30 p.m., members on routine patrol in the area located a woman in distress who reported being threatened by several people with a firearm. The woman reported an altercation with the same suspects the night prior.

The victim and suspects are known to each other.

Police later stopped the suspect vehicle in the 900 Block of 17th Street West. Items located inside the vehicle included an imitation handgun, mask, more than 400 rounds of ammunition, and a large knife.

An arrest warrant has been issued for a third man, age 22.