Media Release - 2021 CSI Rankings to be Released Next Week

On Tuesday, August 2, the Canadian Centre for Justice and Community Safety Statistics (Stats Canada) will release annual Crime Severity Index (CSI) values for the year 2021 based on both violent and non-violent police-reported data from roughly 300 communities across the country with core populations over 10,000. The Prince Albert Police Service reviews statistics and information relating to crime trends on a daily basis and continues to work toward targeted enforcement of all crime, including weapons violence, drugs and property crime, while also focusing efforts on addressing root-cause issues that often lead to violent crime.

In 2021, our community continued to be impacted by the COVID-19 pandemic. We responded to a higher number of calls for service, including an upward trend in violence and property crime. The Prince Albert Police Service continues to target illegal activity, gang activity, weapons and drug trafficking, and abuse against children through targeted enforcement units and partnerships with other agencies.

One of the biggest factors in determining the annual CSI rankings is our community’s core census population, which most recent Census figures show is just over 37,700 for 2021. The annual rankings are based on the ratio of crime versus the core population for a community.

Prince Albert’s retail population, or the number of people who come to our community for services, medical appointments, or entertainment, is closer to 190,000 people, meaning we are actually policing a much larger population than census figures show. This results in a higher number of calls for service each year, but is not factored into our community’s population size when determining CSI rankings. In comparison to communities of similar size, we respond to a much higher number of calls on average.

A look at statistics for previous years shows violent crime has consistently been trending higher in Prince Albert, a trend also being seen in other communities across our province and western Canada. Our police service continues to investigate more files each year involving guns, weapons, drugs and violence given the core population numbers for our community.

Members with the Prince Albert Police Service’s Victim Services Unit (VSU), including our Indigenous Resource Officer and Missing Persons Liaison, continue to assist individuals and families affected by crime by connecting them with counselling and other support services, and information about the court process. Our police service is also actively engaged with the HUB program, working with other agencies in health, education and government, to support youth and individuals as they work to lead healthier lifestyles.

The Prince Albert Police Service remains committed to engaging with community partners, local advocates, victims of crime and their families, to support healthier lifestyles and programs aimed at addictions treatment, mental health services, housing and emergency supports for vulnerable residents. Our police service is guided by the Prince Albert Board of Police Commissioners on this mandate, which includes representatives from a wide range of backgrounds and expertise, including education, business, corrections, the Prince Albert Grand Council and the Indian & Metis Friendship Centre. 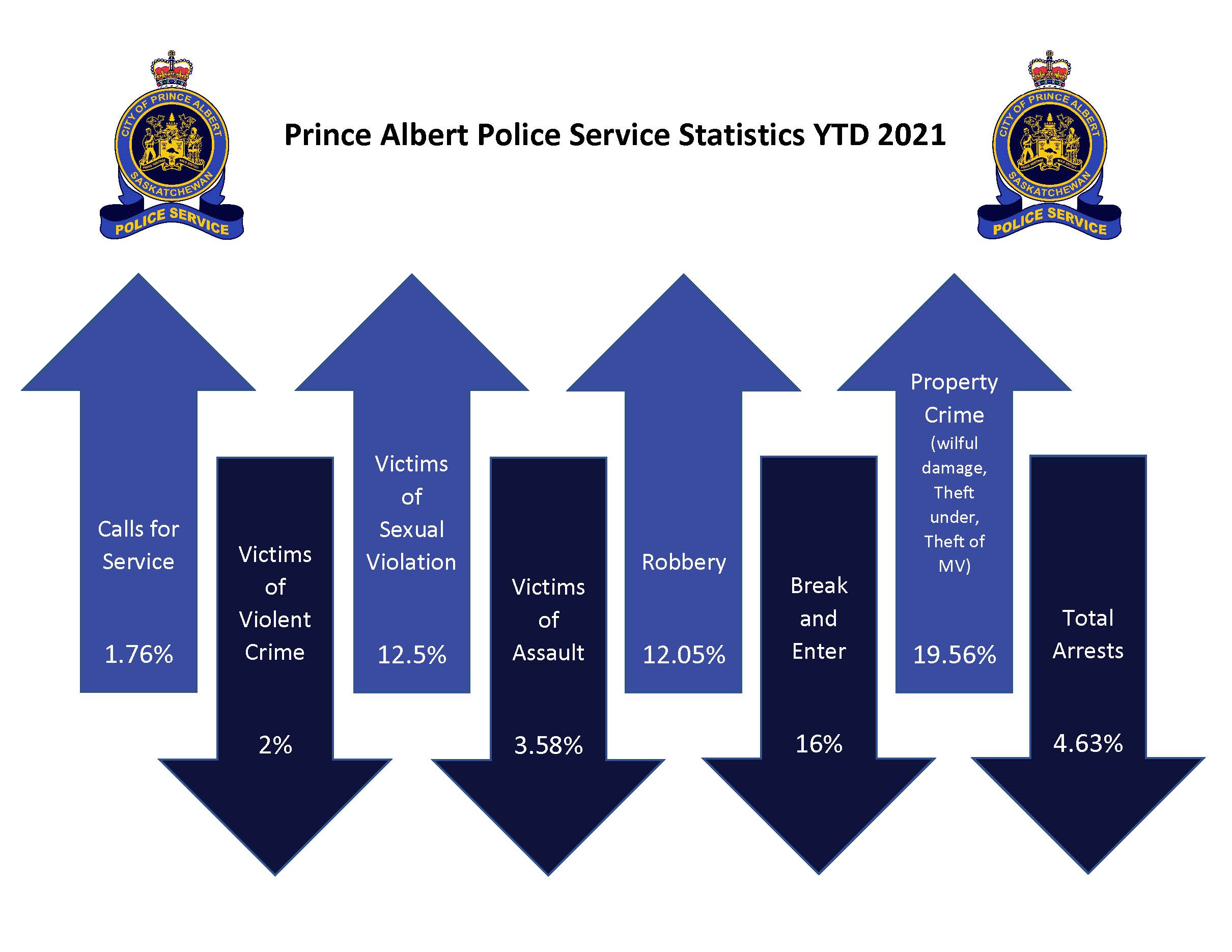