Police were called to the area shortly after 9 p.m. Wednesday and located a 19-year-old female suffering a minor injury, who was transported to hospital by Parkland Ambulance.

Police arrested the driver of the vehicle involved for impaired driving. Upon further investigation, police located a machete, a hatchet and just over five grams of methamphetamine inside the vehicle.

A 22-year-old man is facing charges of impaired operation of a motor vehicle, impaired driving exceeding .08, and possession of a weapon dangerous to the public [Info #991091398].

A 23-year-old man is charged with possession of a weapon dangerous to the public, possession of methamphetamine and breach of court order [Info #991091396].

Both are scheduled to make their first court appearances in Prince Albert Provincial Court today. 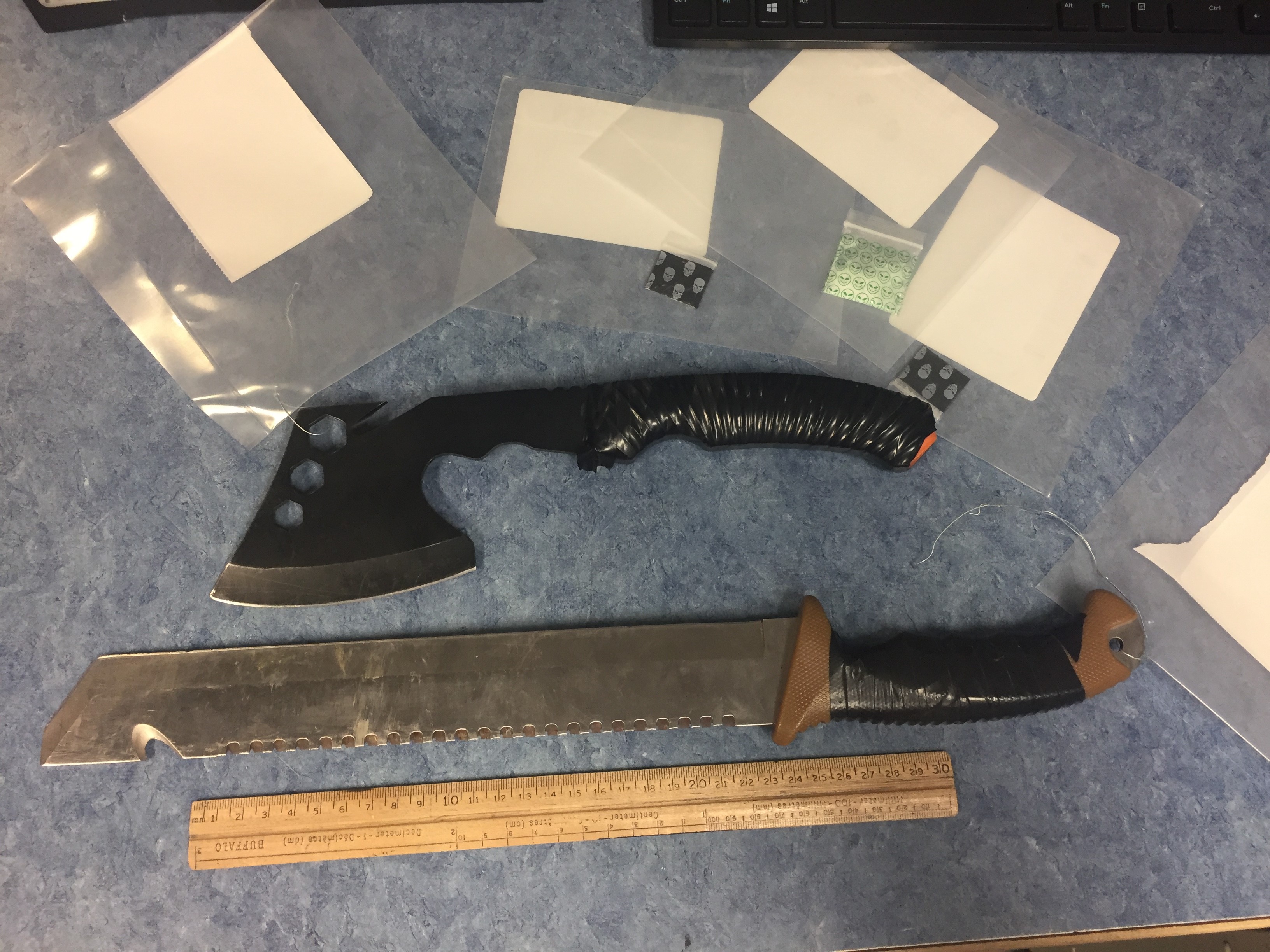