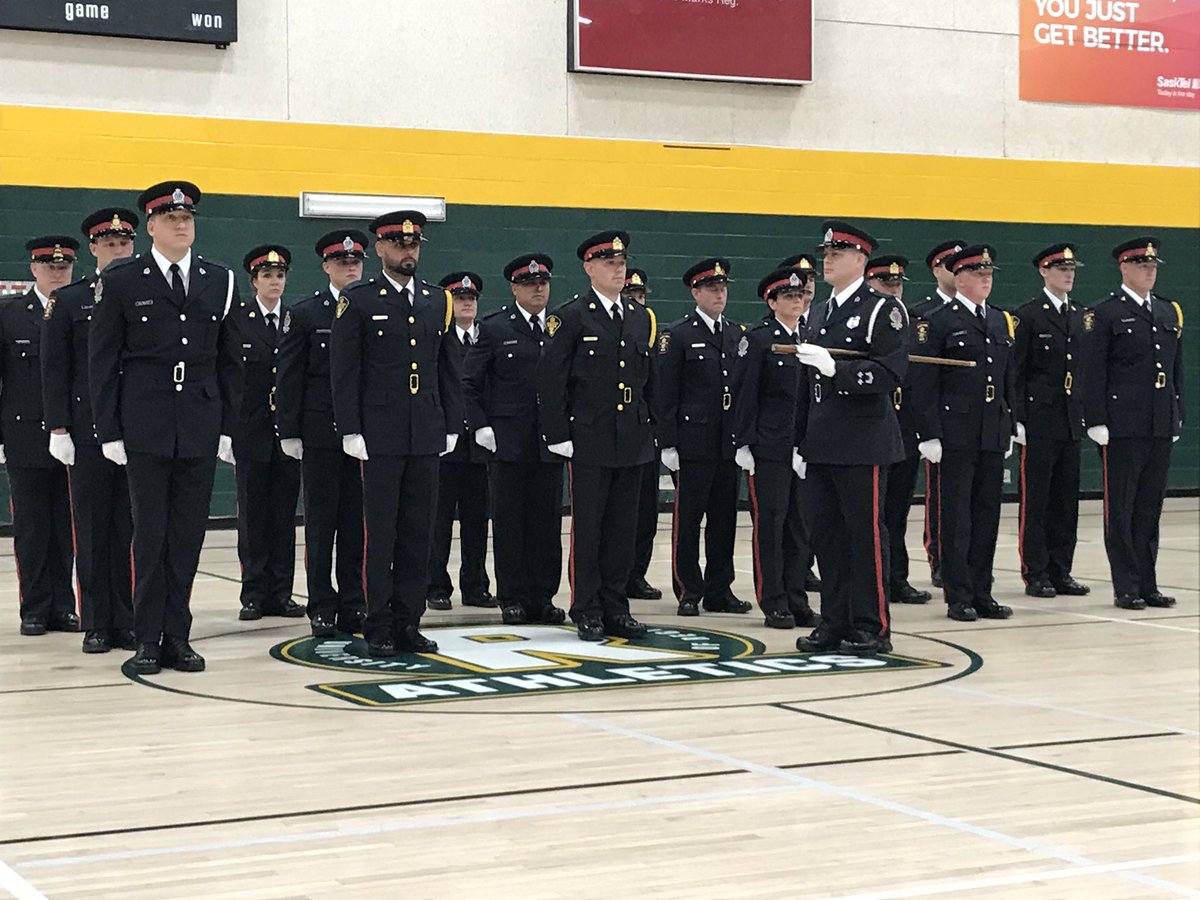 The Prince Albert Police Service recently welcomed four new recruits to its ranks. The four new officers have fulfilled all the requirements to become a member of the police service, including written and physical exams and 20 weeks of training at the Saskatchewan Police College in Regina. The officers began full-time duties in June.

Cst. Husky was born and raised in Saskatoon and spent summers visiting the family cabin at Emma Lake. Cst. Husky has a degree in criminology from Simon Fraser University and spent three years working as a journeyman carpenter before joining the Prince Albert Police Service.

An avid outdoorsman, Cst. Husky enjoys fishing, hunting and snowmobiling and volunteers with the organization Delta Waterfowl, promoting responsible land management. He is interested in participating in the Prince Albert Police Service’s River Runners program at some point during his career.

Cst. Husky said training in Regina at the Saskatchewan Police College was far from easy, but he appreciates the opportunity and has learned a lot in his first few weeks as a front-line officer. Cst. Husky looks forward to learning more about the community and the important role of the police service.

“Every person you talk to says it’s the best job in the world,” Cst. Husky said.

Cst. Muirhead is from the Shellbrook area and has a background in cattle farming. Cst. Muirhead volunteers with the local 4-H club and is married with two young children.

Cst. Muirhead says he was attracted to a career in policing because of the camaraderie and community involvement that comes with the job. He said he is enjoying the team atmosphere that is a big part of the Prince Albert Police Service.

“It’s everything that you hope and wish for,” Cst. Muirhead said of his new role.

Cst. Muirhead is especially proud to be working close to family and his home community.

“You want to affect your home community and make a positive impact,” he said. “You just want to be good at your job.”

Cst. Coté grew up in Whitecourt, Alberta. Cst. Coté played Junior B hockey for several years and worked as a welder before completing a two-year diploma in police studies at Lethbridge College.

Cst. Coté is enjoying his work in Prince Albert and looks forward to learning more about the local community in his new career.

“It’s one of the greatest jobs you’re going to experience,” Cst. Coté added.

Cst. Anderson is a trained martial arts instructor who enjoys working with kids and volunteering in the local community. Cst. Anderson has experience as the owner of a trucking company and sold homes before joining the Prince Albert Police Service.