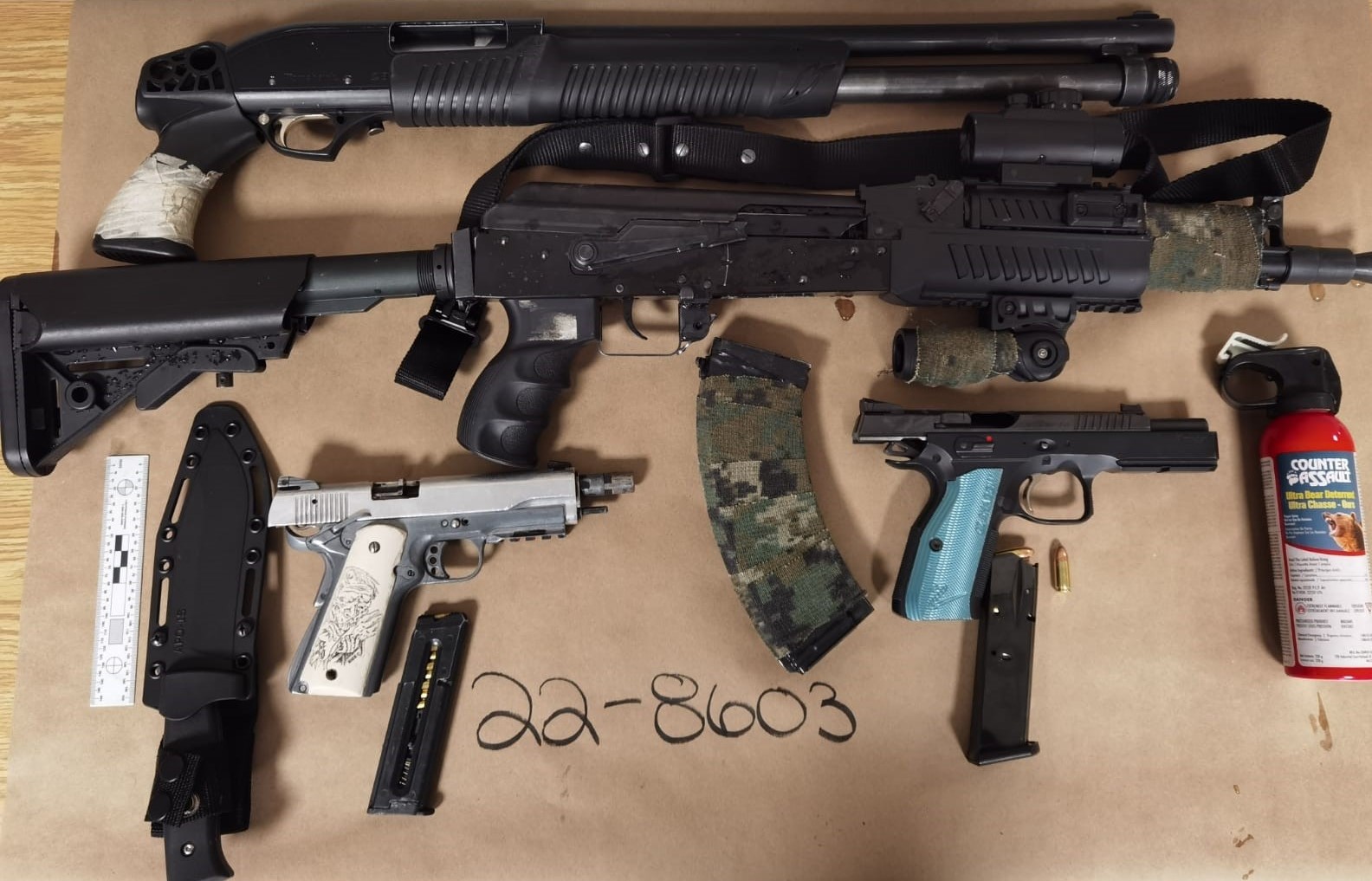 Five men from Prince Albert and Saskatoon are facing a total of 100 charges following a police investigation into a report of a suspicious vehicle late Wednesday night. Police were called to the 500 Block of 8th Street East at approximately 11:15 p.m. Wednesday.

Upon arrival, officers located five men inside the vehicle, along with a visible weapon (bear spray). All five were taken into custody at the scene.

Upon further investigation, police located a number of other weapons, including two loaded handguns, a BB gun, shotgun, a baggie of pills, ammunition, cannabis and a small quantity of cash.

The five men are charged jointly with various weapons-related offences in connection with this file and four appeared in Prince Albert Provincial Court on Thursday. [Information 991190136]

A fifth man, aged 21, was remanded into custody and will be making his first court appearance Friday. He is facing additional charges of obstruction, possession of firearm contrary to prohibition orders and breach of release orders in relation to this file.