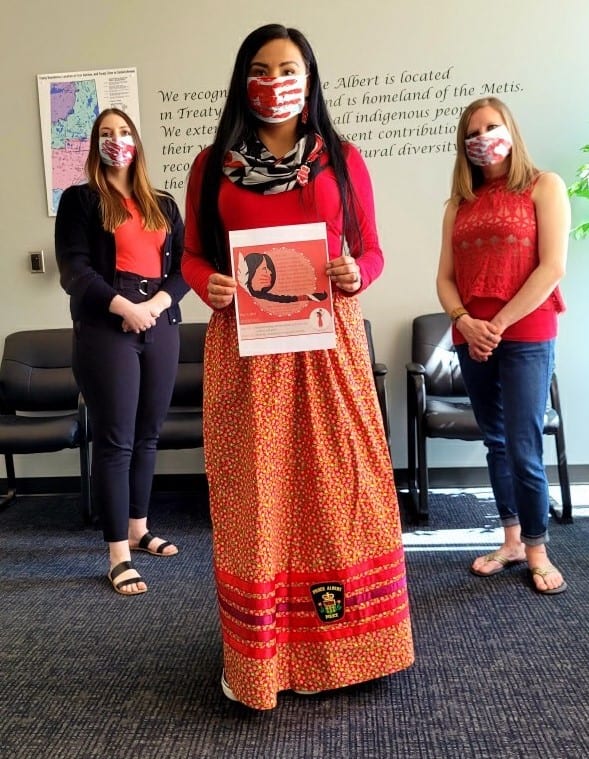 Members and staff with the Prince Albert Police Service continue to work toward reconciliation and understanding as we mark Red Dress Day, the National Day of Awareness for Missing and Murdered Women and Girls (MMIWG) in Canada.

“Today, on Red Dress Day, we honour those who have been lost due to violence, and join their families in promoting awareness and understanding,” said Prince Albert Police Chief Jonathan Bergen. “As a police service, we continue to actively investigate reports of violence involving missing and murdered Indigenous people, and support and honour their families. No family should have to suffer from the burden of not knowing what happened to their loved one.”

Investigators continue to investigate the unsolved homicide of Jean LaChance, who died due to violence in September 1991 at the age of 29. Ms. LaChance left behind five children. Her killer has not yet been charged.

Missing Persons and Historical Case Investigator Sgt. Kathy Edwardsen continues to appeal to the public for tips and information in these ongoing investigations.

“We will never stop investigating and searching for answers,” Sgt. Edwardsen said. “Their families deserve to know the truth so that they can find closure. Someone knows what happened, and we urge them to come forward to police.”