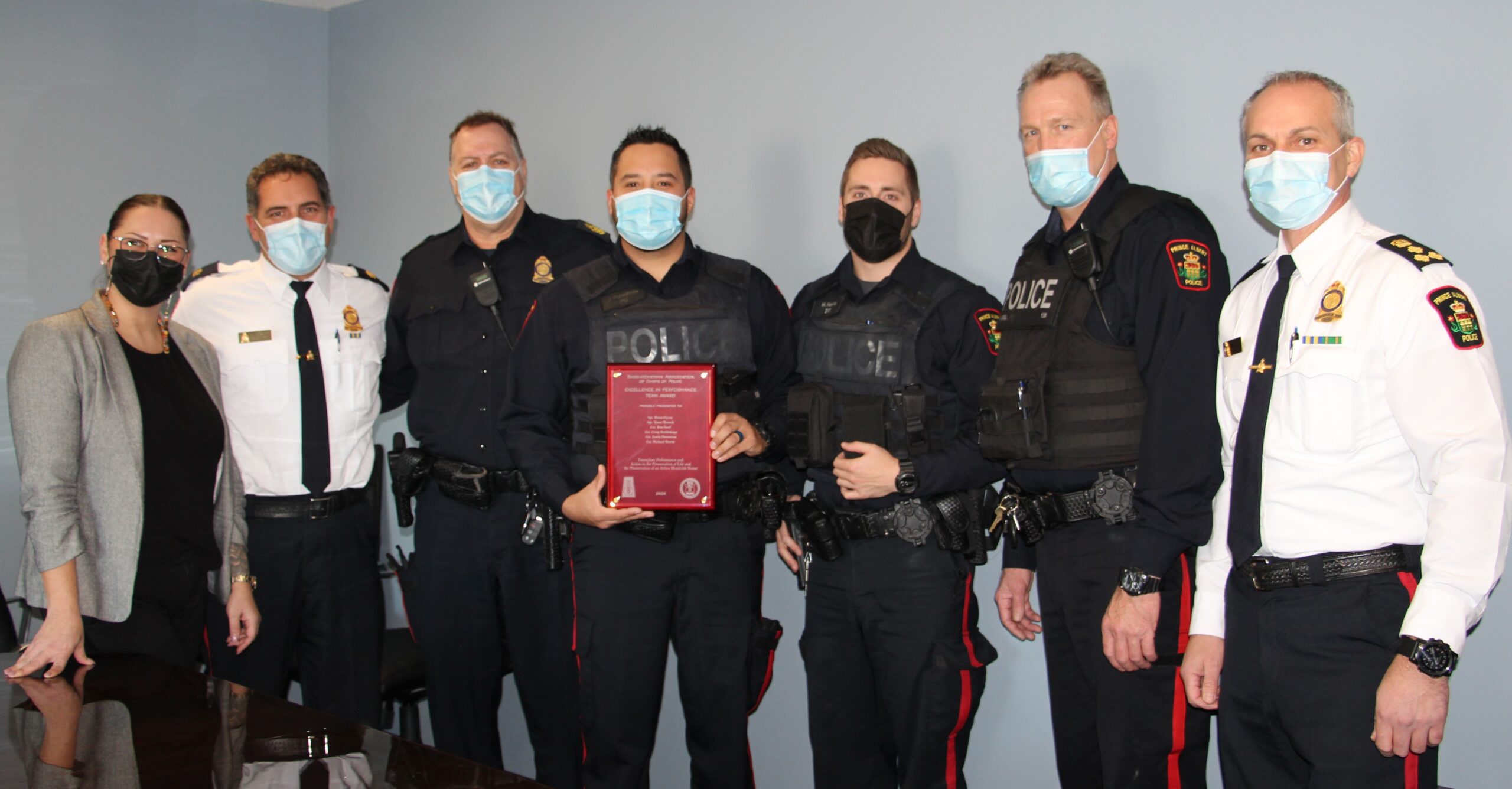 Eight police members with the Prince Albert Police Service have been recognized by the Saskatchewan Association of Chiefs of Police (SACP) for their life-saving efforts in two separate incidents in 2020, while a new member with the Prince Albert Police Service has also been noted for his significant work to investigate and stop illegal drug trafficking while working in the community of Estevan.

The SACP Team Award for Excellence in Performance recognizes the patrol members who were first to respond to reports of a homicide involving three people, including one child, and the attempted murder of another child in March of 2020. 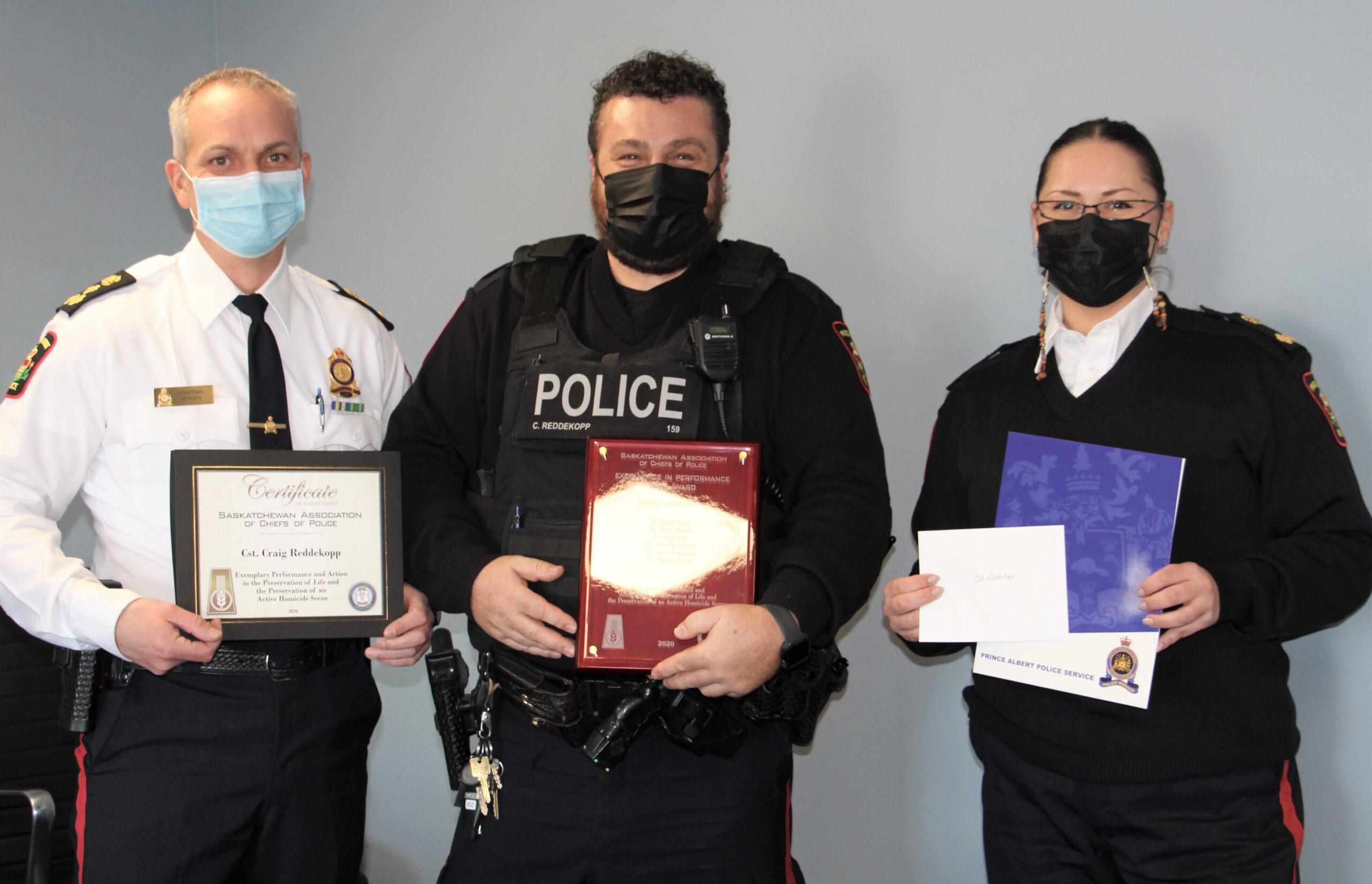 The patrol members who provided the initial response in this horrific incident included:

In a separate incident from the late fall of 2020, Cst. Darcy Burns was recognized with an Excellence in Performance Award for his efforts in which he removed his duty equipment to wear a wetsuit and joined firefighters as they rowed onto the river ice to rescue a man who had fallen into the water. 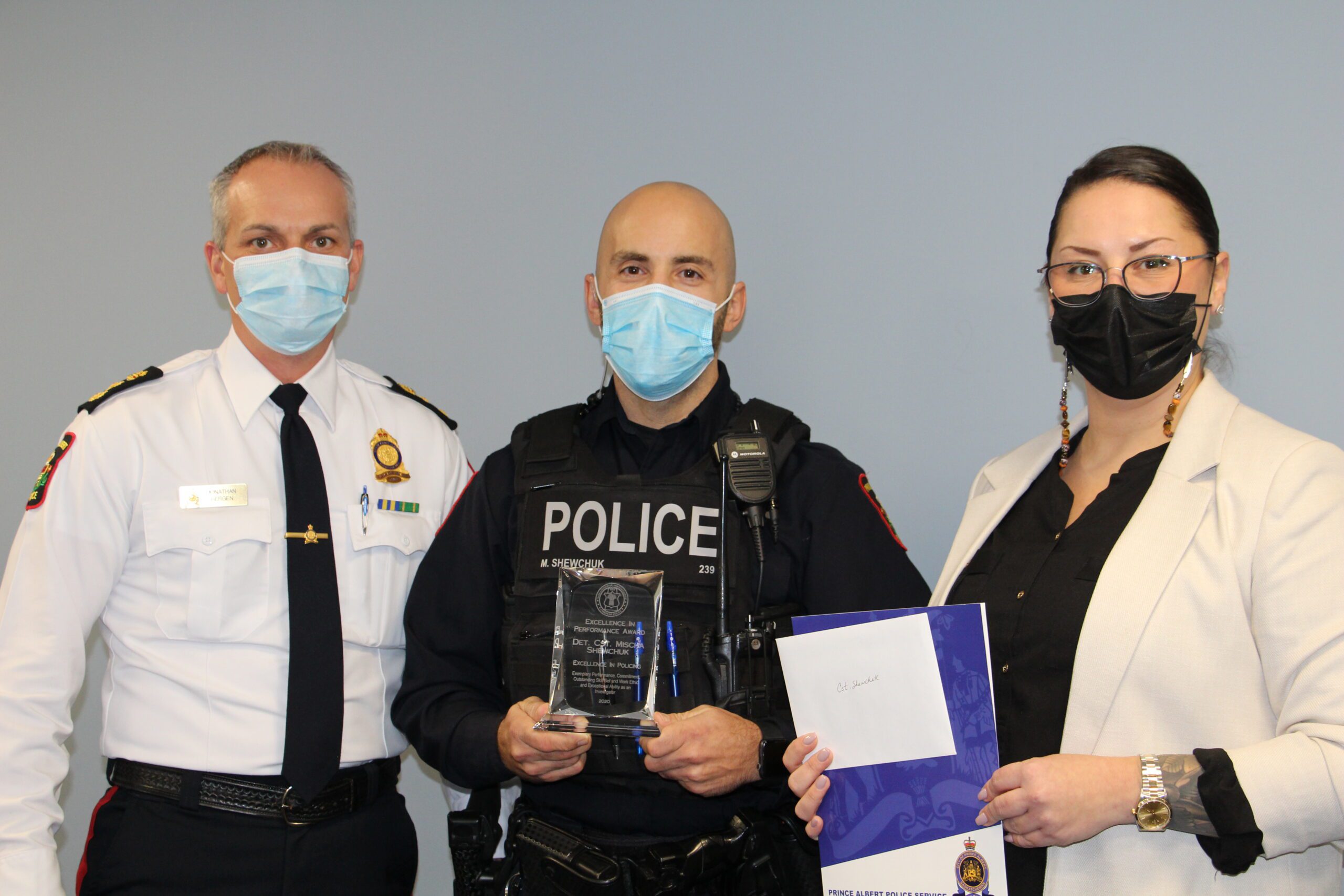 Cst. Mischa Shewchuk, who joined the Prince Albert Police Service in July of 2021, was recognized by police administration in Prince Albert for his exceptional work as the lone member with the Drug and Intelligence Unit of the Estevan Police Service. During his time in Estevan, Cst. Shewchuk’s work resulted in the seizure of thousands of dollars worth of illicit drugs, along with numerous vehicles, cash and property.

“The actions and experience of each of these members helped save lives and protect the community, and are examples of the incredible work our police members do every day,” said Prince Albert Police Service Chief Jonathan Bergen. “Our police service recognizes the exceptional work of our members and the commitment and dedication they demonstrate in providing a consistent and professional police response, even under the most challenging and devastating of circumstances.”