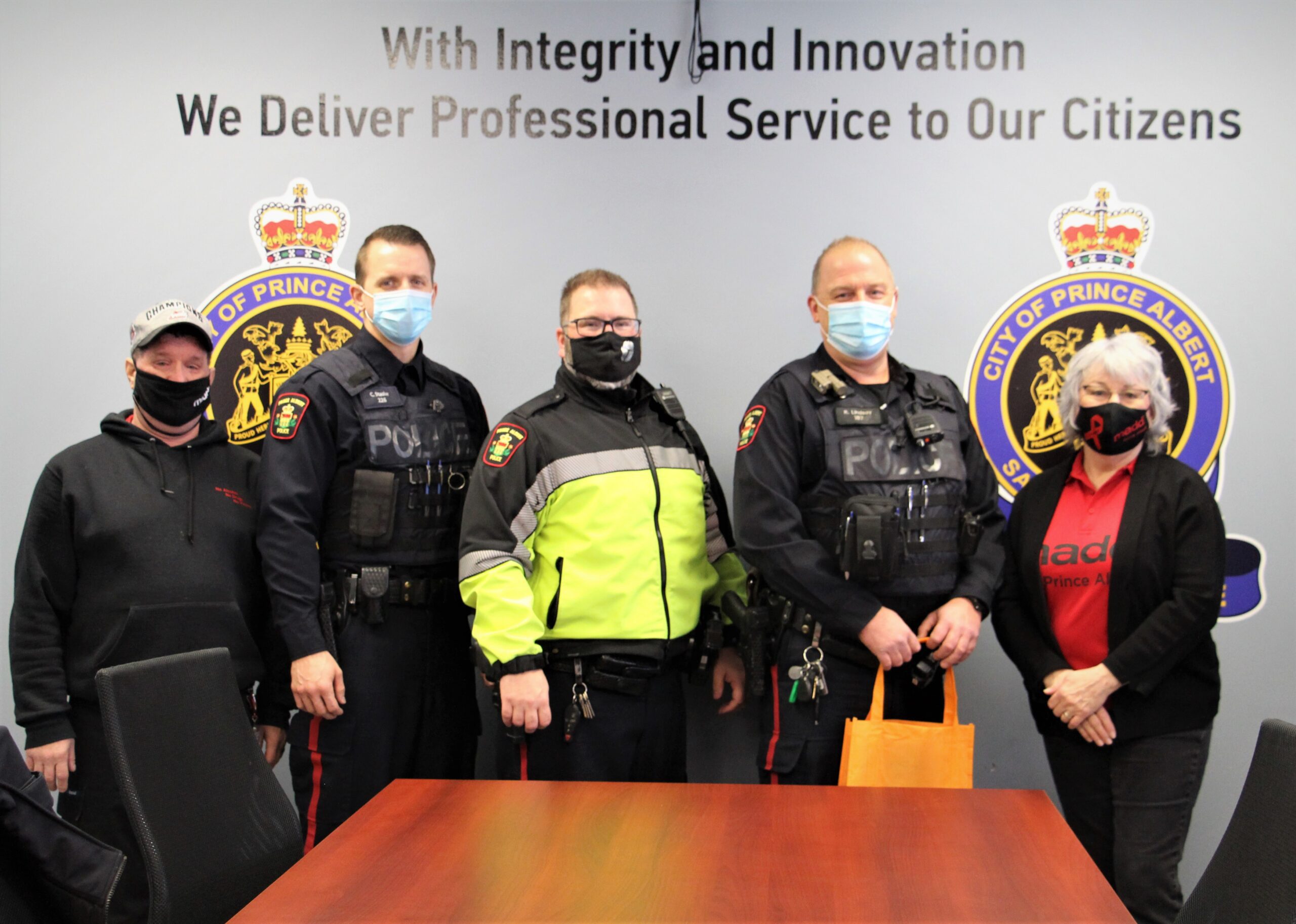 Karen Anthony-Burns with MADD Prince Albert presented the awards Wednesday. The awards are presented annually in memory of Jordan and Chanda Van de Vorst and their two children, Kamryn and Miguire, who lost their lives due to impaired driving.

The awards recognize police officers who are responsible for removing between 8 and 16 impaired drivers annually.

Cst. LeBlue is also a member of the CTSS Unit, and is responsible for patrolling roads and highways across the province to promote traffic safety. Cst. LeBlue has helped remove 11 impaired drivers between April 2020 and April 2021.

Cst. Stasiw is currently a member in the Patrol Section with the police service and is responsible for removing 11 impaired drivers over the past year while proactively patrolling the community.