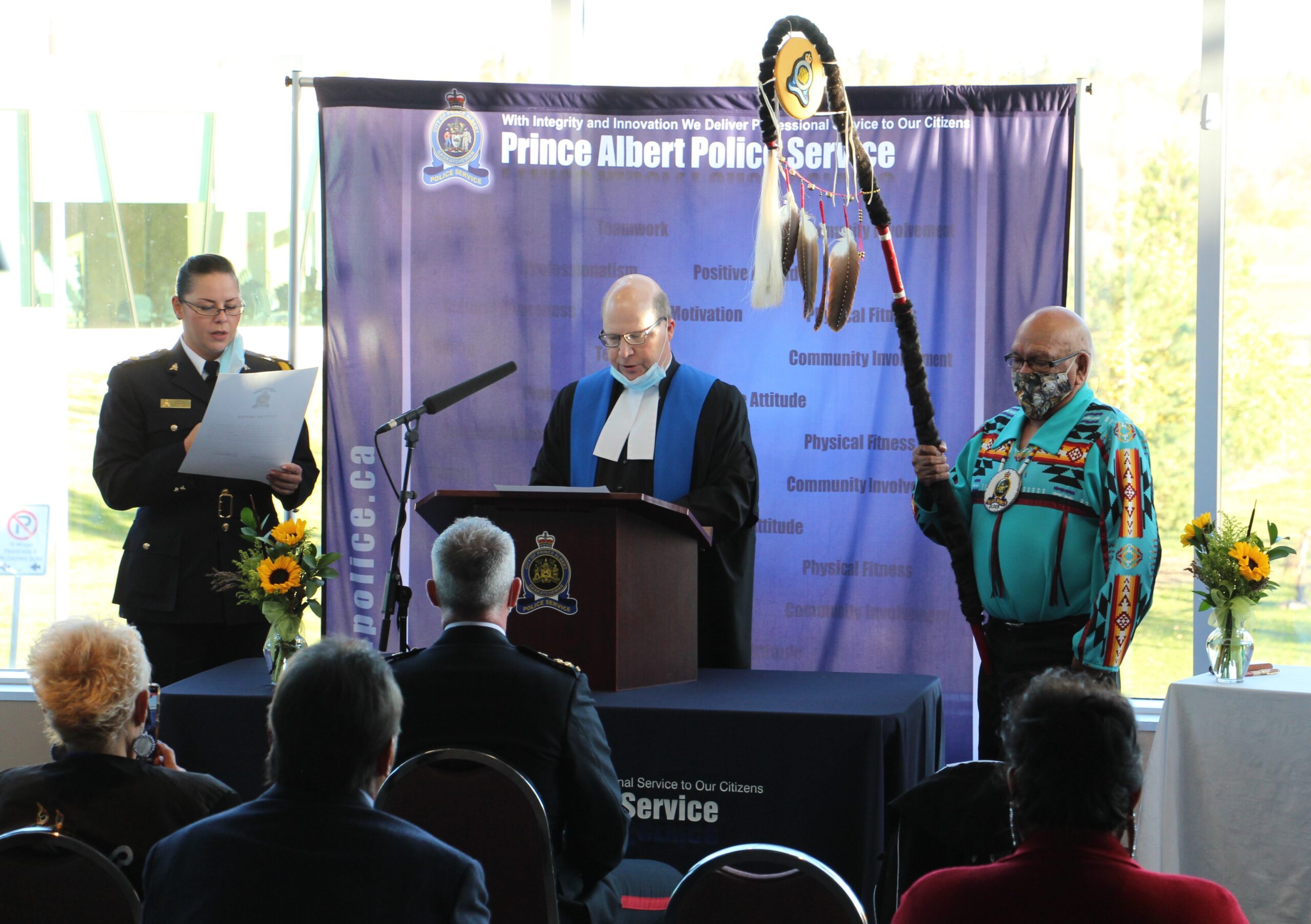 The Prince Albert Police Service has a new deputy chief of police. Deputy Chief Farica Prince was officially sworn in Friday, October 1 during a ceremony at the E.A. Rawlinson Centre for the Arts.

Chair Kimbley offered a welcome message to Deputy Chief Prince and said she will be well supported by the police organization and the community in her new role. Chair Kimbley also encouraged the community to continue working together on issues affecting crime and support the police in finding solutions to crime trends.

Deputy Chief Prince was presented with a Starblanket by Chair Kimbley and Elder Ermine during the ceremony. During her address Friday morning, Deputy Chief Prince said while she has only been in Prince Albert a short time, she can already see the commitment from the community in supporting reconciliation.

“I am invigorated and encouraged by the community’s clear commitment to true truth and reconciliation,” Deputy Chief Prince said. “It’s been very apparent that different people in the community are committed to raising awareness and acknowledging the issues that Indigenous people and communities face … bringing awareness to the issues that marginalized people face, along with addressing the barriers that impact us is important work for me, and this is one of the reasons I was able to envision myself here in P.A. and here with Prince Albert Police Service, because it’s clear that the community and the organization also sees this as important work.”

Prince Albert Police Chief Jonathan Bergen welcomed Deputy Chief Prince to the organization and thanked members of his administration team – Inspector Brent McDonald, Inspector Tadd Kellett, and Inspector Craig Mushka – for their significant work and continued leadership in supporting the organization throughout the search for a new deputy chief.

“You are joining a progressive police service that has been built on the hard work and dedication of over 100 sworn police officers who all serve with great pride, with great commitment to their work, and extremely hard-working civilian staff and a real team of true professionals,” Chief Bergen said Friday. “I know you’re going to bring a different and new perspective and from your other experiences, this will bring other insights to our team, and I look forward to working with you.”

Current Saskatchewan Public Health Order regulations were strictly followed during the ceremony, including proof of vaccination requirements and masking. The live video of Friday’s swearing in ceremony can be found online at the following link https://youtu.be/T7Pp2skHbxk 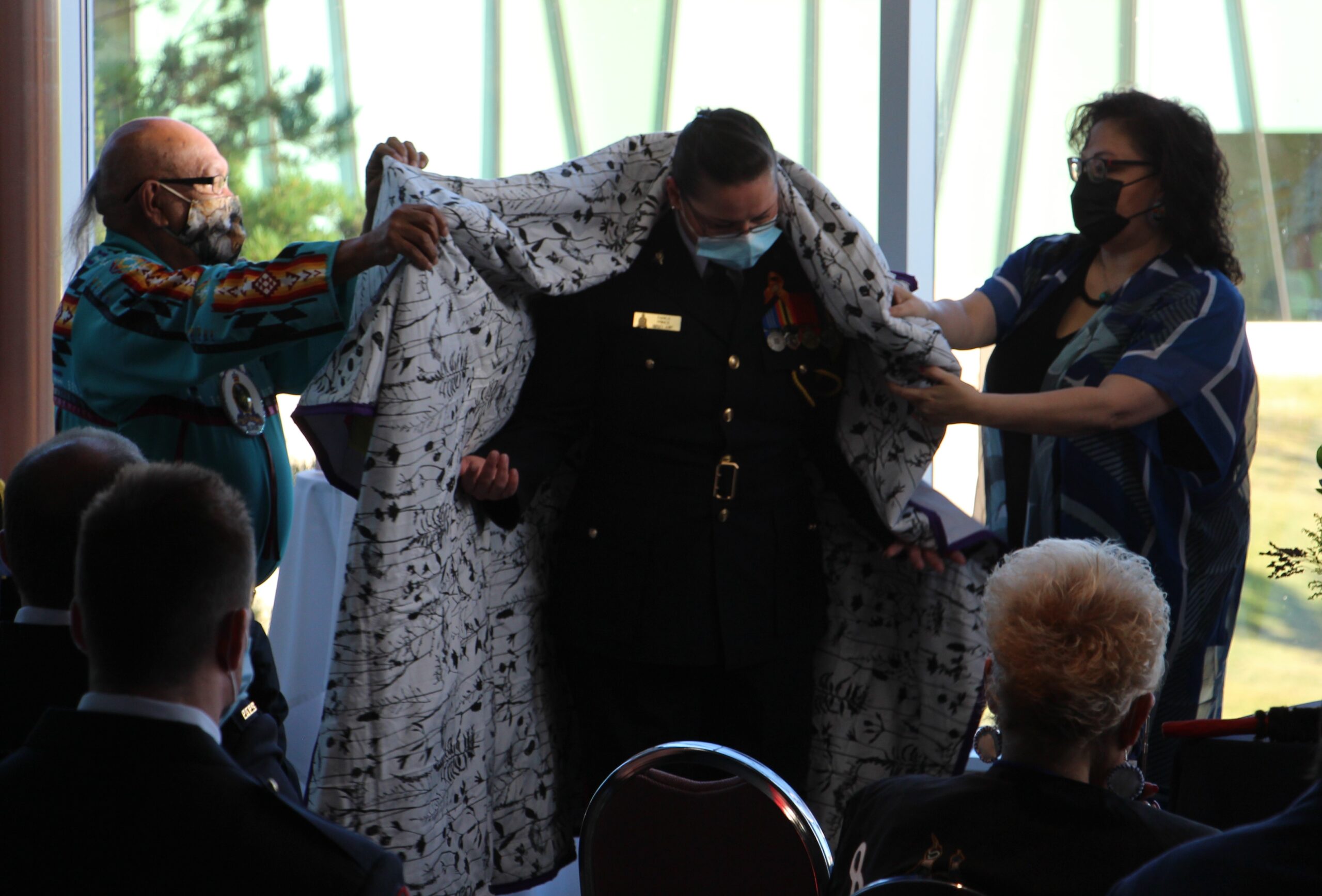 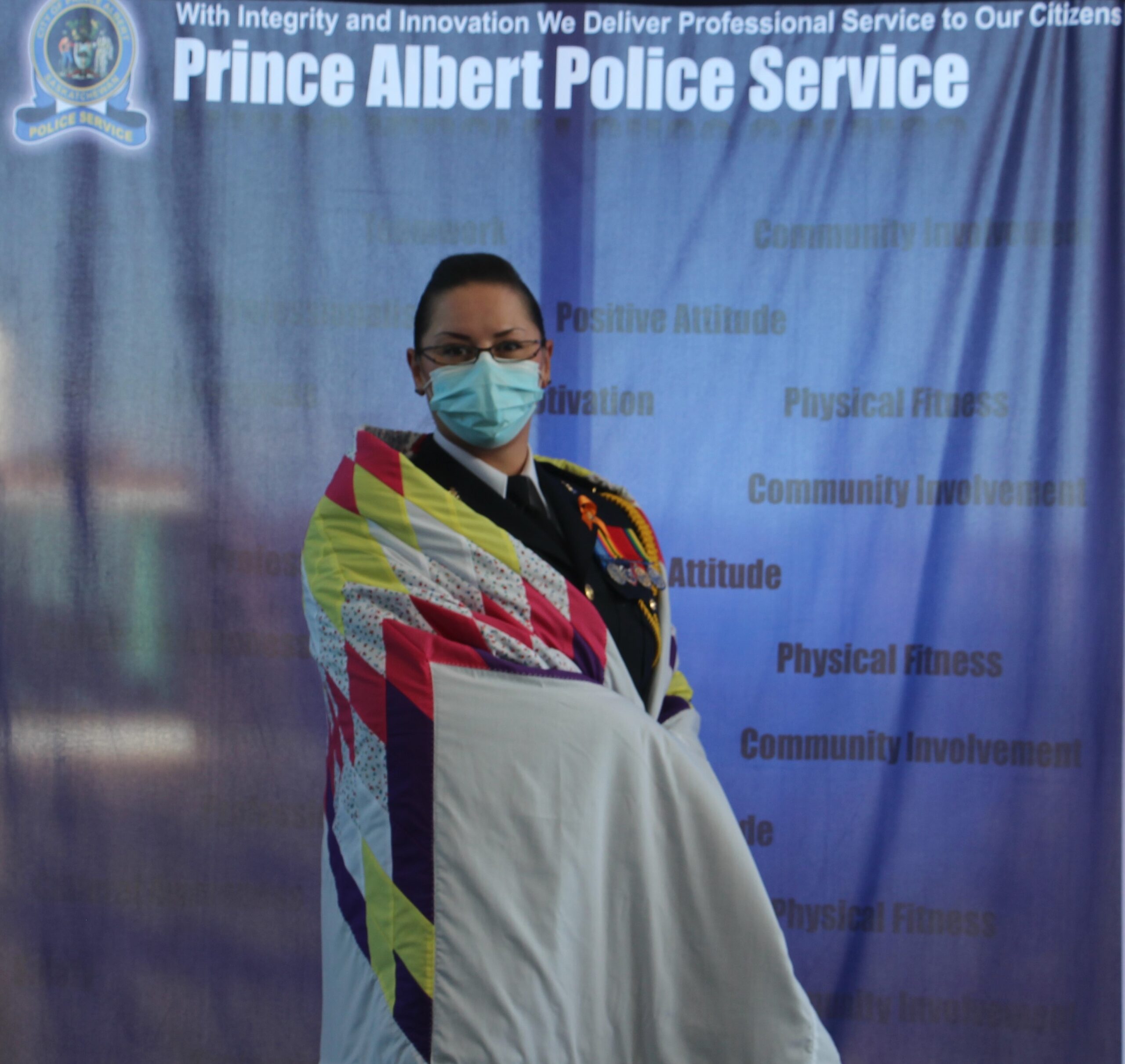