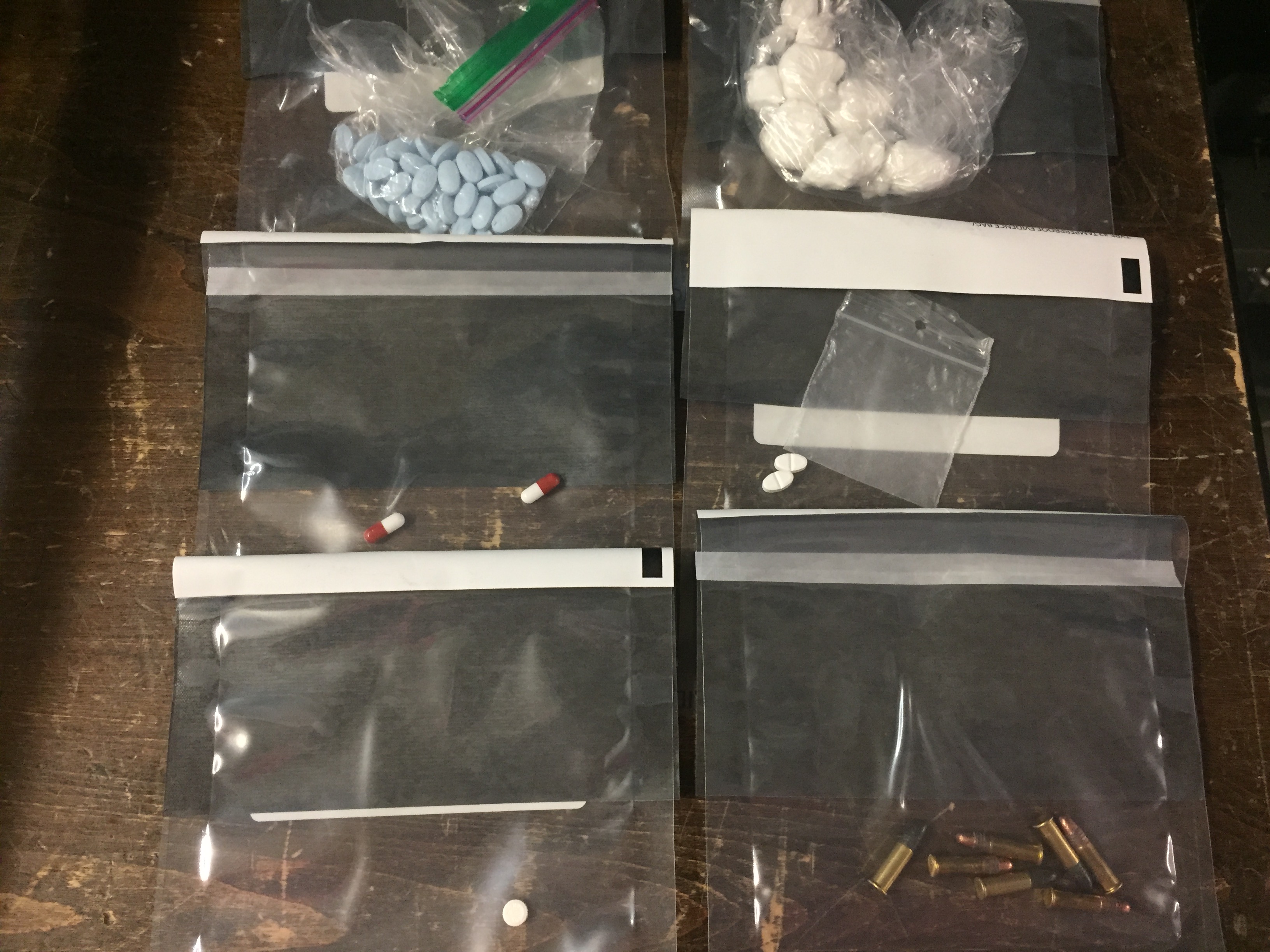 A 27-year-old woman appeared in court in Prince Albert Wednesday morning following an investigation by the Integrated Street Enforcement Team (ISET). The woman is charged with possession of a controlled substance for the purposes of trafficking and breach of court orders after an investigation at a residence in the 100 Block of 11th Street West around 9 p.m. Tuesday. Police located 21.2 grams of cocaine inside the residence, along with Fentanyl and Buphenepherine pills, baggies, a scale, cell phone, bear spray and ammunition.

The Integrated Street Enforcement Team is made up of members from the Prince Albert Police Service and the Royal Canadian Mounted Police.

Members of the Prince Albert Police Service and PSD Jeb helped track down a man wanted on outstanding warrants hiding in the back yard of a residence in the 200 Block of 9th Street East just after 7 p.m. Tuesday. The man was located with a sawed-off .22 calibre rifle, ammunition, two cell phones, 11.6 grams of methamphetamine, a scale and baggies, and nearly $400 in cash. A 29-year-old man is facing several charges in relation to this incident, including carrying a prohibited firearm, possession of a dangerous weapon and possession of a controlled substance.

A 20-year-old man was arrested on outstanding warrants and charged with robbery following an incident in the 300 Block of 13th Street East Tuesday. Police were called to a residence in the area around 6:30 p.m. after a woman reported being robbed. Police made an arrest minutes later. The victim and suspect are known to each other.